A retired elderly couple is constantly fighting against the desertification of the land they inhabit. As a report published by the Odditycentral news portal revealed, the couple who have been planting drought-resistant tree seedlings in the Autonomous Region of Mongolia, in the interior of northern China for 19 years, managed to reforest hundreds of hectares. 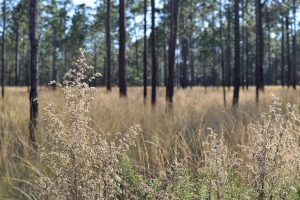 Tububatu, who is now 70, and his wife, Taoshengchagan, live in a village near Badain Jaran, China’s third-largest desert. Since 2002, the year they retired, both spend their days fighting desertification. Today, after years of battle, it is possible to see life in a place that, for many, is considered inhospitable.

Other local residents tried to pick up the same habits the couple enjoy today, but unfortunately they failed. Even having followed the defeat of the residents who tried to give a little life to the arid environment, Tububatu never gave up, because he knew he was capable of making a difference.

Life in the middle of the desert

Tububatu began to reforest the surrounding environment by planting only 50 tree seedlings . Over time, he realized that it was necessary to double the amount to bring about a more significant change. 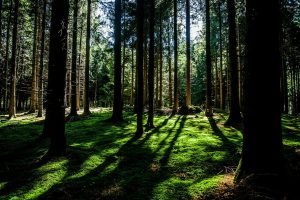 With faith in himself, determination and with the help of his wife, Tububatu continued with the heavy – but pleasant – routine. The fruit of your effort is seen from afar. There, where there was only sand, small dry bushes and rocks, is now a small oasis, which stretches over 266 hectares, filled with tens of thousands of trees that are highly resistant to drought.

All the change took place thanks to the pensions they receive from the Chinese government. What used to be a small wooded area is now a forest that continues to expand daily.

Although there is predominantly the presence of species mainly resistant to drought, such as sacsaoul (Haloxylon) and desert cistanche trees, Tububatu and Taoshengchagan make sure to water them daily, thus ensuring that the plants continue to thrive.

The couple are one of the few residents who have not migrated to the nearest village, which is almost 100 kilometers from the nearest town. Both live alone, without their children, who have moved with their parents’ blessing to a place, let’s say, more hospitable.

Residents who stayed behind, and who, oddly enough, failed to reforest the area, rather than help, made efforts to ridicule the couple’s efforts. Because they were victims of failure, the residents, in addition to defaming the efforts of Tububatu and Taoshengchagan, made a point of just watching them both try to fulfill the difficult mission. 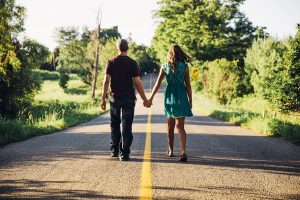 Supporting daily untold hardships, the couple, as we said at the beginning of matter, succeeded, in 19 years, reforest more than 266 hectares without life . Tububatu and Taoshengchagan revealed to Odditycentral news portal that they have no plans to stop anytime soon.

In addition to bringing an inhospitable environment to life, the couple now enjoy the benefits of cistanche, a popular medicinal plant whose kilograms sell for up to 100 yuan (US$15.5). According to China Daily, Tububatu and his wife have planted more than 70,000 trees. Also according to China Daile, the couple, in the endeavor, has already spent more than 1 million yuan (US$ 154,000).

The hard battle against the ariad environment, unfortunately, did not only bring benefits. The couple, due to their efforts, today have to deal with serious health problems. Anyway, Tububatu and Taoshengchagan feel fulfilled. And the attitude of both earned several awards. The couple, moreover, is an inspiration to environmentalists around the world.

You don’t need any special knowledge or experience – you can post your article here and I’ll do the editing so that other users can read what you write in a clear form on our website. This site’s aim is to provide news about films, news on celebrities, news about any upcoming events and many more.